In Formula 1 every single detail affects the performance and reliability of single-seaters. That is why innovation never stops and regards all components even those that were considered insignificant up until the last century. Brembo, which has been present in Formula 1 since 1975 when it first supplied a small quantity of cast iron discs to the Ferrari team, is one of the pioneers in this breakthrough as shown when it introduced the first monobloc caliper machined from billet in 1988.


The critical stages in the transformation of brembo’s formula 1 carbon fiber brake discs.

This solution revolutionized the way that drivers braked thanks to a combination of stiffness and light weight. From that moment, braking was constant from start to finish for whoever used these calipers and there was no risk that brake pedal travel would become too long. ​

In addition to research to improve the performance and resistance of calipers, over the last two decades Brembo has increasingly focused on carbon fiber discs and has examined and looked for solutions that control the operating temperatures.

This transformation of the discs can easily be seen because the increase in the air flow that reaches the discs and leads to improved cooling of the brakes has been achieved by increasing the number of radial ventilation holes and reducing the dimensions. ​

Twenty years ago Brembo carbon fiber discs had a maximum of 72 holes: they were arranged in a single line and each one had a diameter of over 1 centimeter. Thanks to these, in 2002 Michael Schumacher won the world championship title with 11 wins and 17 podiums in 17 GPs.

Over a period of four years as research work advanced, the holes on each Formula 1 disc reached three figures for the first time: in 2006, each disc had 100 holes which were smaller in size and were oval-shaped which seemed to be an excellent solution at the time.

Regulations in 2007 stipulated that the discs had to have a diameter of 278 mm and be 28 mm thick. The brakes also had to be air cooled and the brake system could not extend beyond the back part of the wheel. This prompted the Brembo engineers to focus on these features.


However, back in 2008, since the maximum thickness was 28 mm, the holes were arranged in two rows with a part in common. They looked like a series of 8s on their side. In addition to a new design, the holes doubled and there were 200 on each disc.

In 2010, when refueling was banned during the race, the size of the fuel tanks increased and consequently, the minimum weight of the single-seaters increased from 605 kg to 620 kg. The brake systems were remodeled to guarantee a high level of performance both when the vehicles were empty or with a full load and the number of holes became less important.

Two years later, the FIA banned the use of blown diffusers reducing the aerodynamic load at the rear. As a result, braking distribution moved even further forward and to deal with the increased stress without overheating, Brembo increased the number of holes.


Thanks to computational fluid dynamics (CFD), i.e. analysis of fluid flows using computers, as well as progress in the field of carbon machining, in 2012 the number of ventilation holes on each brake disc increased to 600, with the addition of a third and a fourth line of holes with a smaller diameter and without the overlapping which decreased the surface area that came into contact with the air.

In 2013, while making the most of regulatory stability, Brembo introduced a new type of carbon fiber for brake discs: compared with CCR, the CER material guaranteed maximum warm-up times, a wide range of use and a very linear response.

Even when faced with new regulations in 2014, Brembo was ready for the change. During that season, the turbo engines which had been absent since 1988 returned but displacement was limited to 1.6 liters and revolutions to 15,000 rpm. Hybrid technology was also introduced with two electric motors and the minimum weight of the car increased from 642 kg to 691 kg.

This significant increase in weight meant that the brake system had to be redesigned also due to the introduction of the Brake by Wire System. This was accompanied by a further improvement in ventilation and the number of holes on each disc increased to over 1000. ​


In 2016, for the first time ever, by pushing design to an extreme, the total number of holes increased to 1,100 on each disc. This was the prelude to a new challenge because in 2017 the width of the vehicles returned to exactly 2 meters, an increase of 20 cm all in one go. The width of the front wing and tires also increased which led to better performance and braking torque which increased by 25%.

Regulations took this increase in performance into account and increased the thickness of the brake discs from 28 mm to 32 mm. With this increased thickness, the ventilation holes could also be increased and this improved the brake system cooling system. The holes on each disc therefore increased to 1,260 in the two-year period from 2017 to 2018. ​

Depending on the forecasted temperatures during each Grand Prix and the specific race strategy, the teams could choose from three different Brembo disc solutions. All this became even more evident in 2020 with six different carbon disc solutions which were able to handle the higher performing power units.

The 6 types of ventilation for the front axle have gone back to being just two this year after a new revolutionary change in the regulations: the minimum weight has increased from 752 kg to 798 kg, the aerodynamics have changed and 18-inch wheels have been adopted instead of 13-inch ones.


The architecture has also changed due to the fact that cooling holes on the pads are not allowed and a minimum diameter of 3 mm has been imposed for the holes on the discs. This has had an effect on the number of holes which had a diameter of 2.5 mm in the past and therefore, the number has decreased for the first time from 1,470 in 2021 to the current 1,050.

It is a sort of stop-and-go situation which will develop over the next few years once again in the name of thermal exchange, Formula One’s enemy number one. 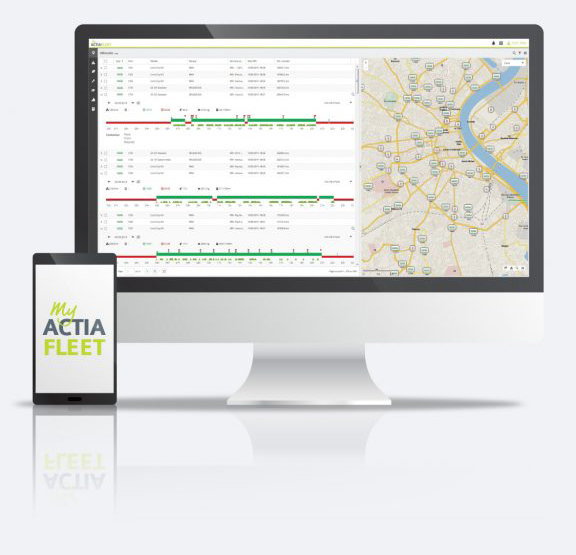 TBM:”10% REDUCTION IN THE COST OF FUEL WITH MYACTIAFLEET”